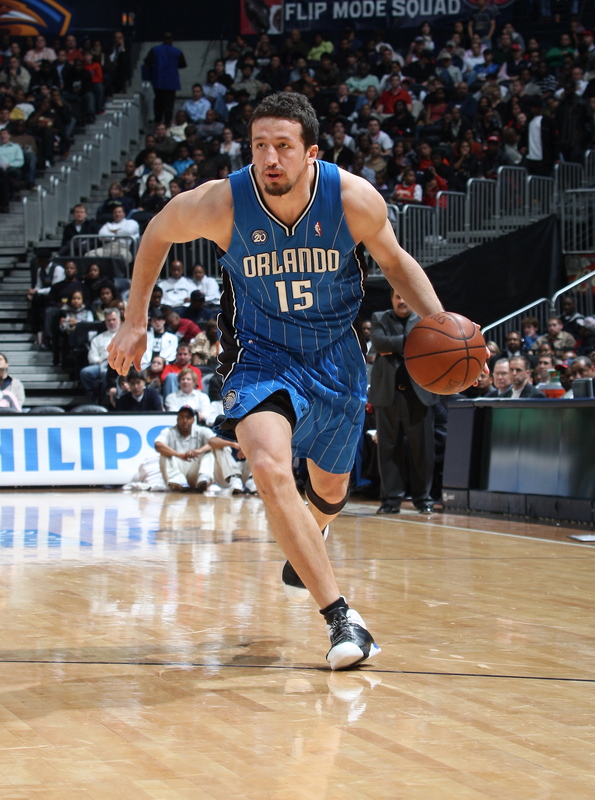 The Orlando Magic fended off an impressive Atlanta Hawks rally to defeat them on their home floor, 106-102. The loss is only the Hawks' third in 18 games in Philips Arena this season. Orlando's Dwight Howard led all players with 23 points and 19 rebounds, although Hedo Turkoglu's all-around brilliance (20 points on 6-of-12 shooting, 7 rebounds, 8 assists) was arguably more valuable in the victory. Josh Smith led the Hawks with 21 points and 9 rebounds, but missed all 4 of his free throws.

True to their word, the Magic came into this game looking to make a statement, and played nearly flawless basketball in the first half. They held a commanding 60-45 lead at intermission, limited the effectiveness of Joe Johnson and Mike Bibby, and looked well on their way to securing their 28th victory of the season. Atlanta, however, lived up to its reputation as a scrappy, talented team that will not back down from a fight. The Hawks chiseled away at Orlando's large lead, and even appeared to get in the Magic's heads a bit late in the game. The Magic, perhaps flummoxed by a suddenly raucous crowd and physical defense, rushed their shots in the fourth period, failing to run valuable time off the clock. Fortunately for them, the Hawks continued to make mental errors, none greater than Bibby's missed layup with 55 seconds to play. Bibby had a wide-open look on a fast break ignited by a Marvin Williams steal, but could not convert the gimme. A make would have brought the Hawks to within 2, 101-99; the miss gave the ball back to the Magic. (Appropriately enough, the Magic coughed the ball back up after Rashard Lewis was called for an offensive foul.)

The Magic, though, should be proud with this win. They had to have expected Atlanta, which still owns the Eastern Conference's second-best home record, to make a late run in its own building. And although their bench was roundly outplayed--Murray continued his mastery of the Magic, with 14 points in 23 minutes--they still managed to get 11 points from J.J. Redick in another strong performance from him. Additionally, their defense on Joe Johnson, the Hawks' All-Star shooting guard, was nothing short of brilliant. Johnson missed 12 of his 17 shot attempts and was relegated to playmaker, tying Bibby for a game-high 9 assists. The Magic can live with that; it's always better when someone other than Johnson takes a shot. Kudos to Courtney Lee for sticking with Johnson for most of the game, and to Stan Van Gundy, whose tactic of occasionally sending the 6'11" Howard to double-team Johnson away from the basket confounded the Hawks.

As tremendous as this win is for Orlando--it, coupled with the Boston Celtics' loss to the Houston Rockets, brings them to within a half-game of Boston for the second seed in the Eastern Conference--it's important to note that it could have fairly easily been an embarrassing defeat. The Magic led by as many as 21 points in the game, and if the Hawks had simply managed to convert more often from the foul line (they finished a miserable 14-of-25) they may have eked-out the win. It's also important for Orlando to not get too pleased with itself. The Hawks visit Orlando on Friday, and the Magic will need to be equally pumped-up for that game as they were for the one tonight. If they're really interested into proving they have the better team, they'll look to double the hurtin' on Atlanta.