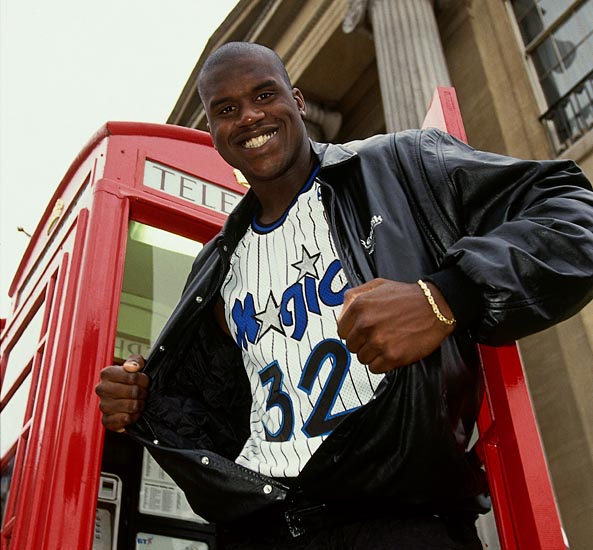 Winning awards used to be a breeze for Shaquille O'Neal as a member of the Orlando Magic back in the day.

Since it's Sunday, as promised, it's time to unveil the winners in the inaugural 3QC Mid-Season Awards.

Here are the results!

3.3seconds - Ten blocks is ten blocks [for Howard]. And if you can discount that performance for being against Oklahoma, you can just as easily "discount" Nelson’s performance [versus the Lakers] for being against the mummified corpse of Derek Fisher, drastically overworked by the injury to Farmar and the Lakers’ failure to locate a third point guard. Not that Nelson wasn’t heroic in that game, but if the Magic HADN’T gone to him in the fourth quarter against a rapidly flagging Fisher… well, I don’t believe SVG makes those kinds of mistakes.

gatormcd54 - The [Lakers] win was big, and it was Jameer’s performance that brought it home. Just huge shots down the stretch.

Eyriq the Red - I really thought he’d [Courtney Lee] be relegated to spot duty but he has actually been starting games and doing very well for himself.

UNFNOLE - I have always thought he [Jameer Nelson] was solid. Not great, not bad. This year he has blown me away with his play. He is consistent (improved), confident (definitely improved), and has elevated his game in so many different areas.

Defensive Player of the Year (except Dwight) (25 votes)

L Magico - It's crazy that I thought Pietrus was going to be the guy to "shut" down opposing perimeter players. [Courtney] Lee has been such a great draft pick, it makes you almost forgot about the dozen or so blown draft picks the Magic have made.

NBR - I’m going to pick Rashard Lewis. I think he’s done a very good job helping Dwight in the paint, defending his man at the four spot, and using his quickness/length as a help defender. I think he’s been a huge part of the Magic’s defense.

blue-blood - AJ of course! He is slow, sloppy and a liability on offense AND defense! I had very low expectations for him and he’s failed to meet even those! He’s the only Magic player that makes me hold my breath until he’s out of the game. I was SHOCKED to see that he could still dunk!

funny80sguy - I love how he [Jameer Nelson] is now fearlessly dribbling between defenders and into the middle of traffic to disrupt defenses.

pharmgreens - Without him [Jameer Nelson] we’re no better than a 4 or 5 seed. Think of how much of a drop this team could take if Nelson (god forbid) suffered a season ending injury. His numbers are career highs and he is the heart of this team.

milogoestovalencia - He [Dwight Howard] makes everything possible. The gold medal summer did wonders for him. I’m not sure if anyone caught it, but in the L.A. game Kobe and Dwight were jawing towards the end of the game and Kobe missed the jumper, then went to the charity stripe and shot 1-2, while Howard was talking to him throughout. The rest, as they say, is history.

squinn - He [Dwight Howard] owns the town. He owns the team, and he’s the true face of the franchise.

Big ups to the Orlando Magic for making these awards possible.

Big ups to everyone that voted. Thanks for taking the time to cast your ballot.

We at Third Quarter Collapse will reconvene with a 3QC End-Season Awards once the season ends.

As for the current award recipients, what does everyone think? Agree/disagree with the winners? Want to defend your choice? Just have something to say? Fire away with your comments.