Share All sharing options for: The United States Wins Gold 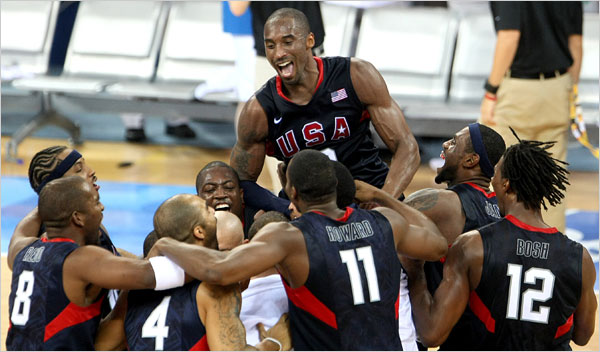 Congratulations to Dwight Howard and everyone involved in U.S.A. Basketball for their gold-medal-winning performance in this Olympics. Howard scored 8 points (3-of-3 from the field, 2-of-6 from the line) and grabbed 5 boards as the United States defeated Spain, 118-111, to win its first Olympic gold medal since the 2000 games in Sydney. The New York Times' recap notes that Howard, along with four other core players, has already said he would like to return to Team U.S.A. for the 2012 Olympics in London. Here's to hoping he does.