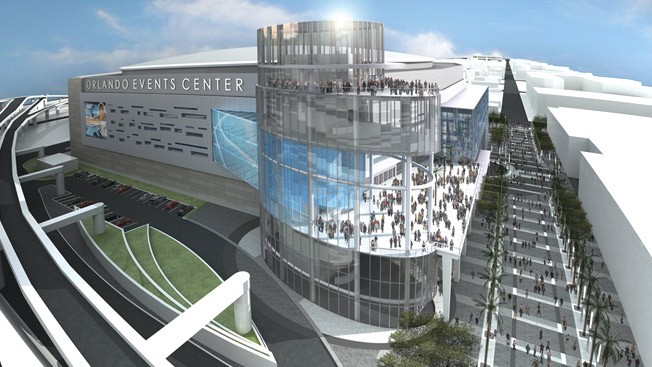 An artist's rendering of the new Orlando Events Center, which will have a 120-foot-tall glass tower as its focal point.