Share All sharing options for: NBA Teams as Batman Villains

Yesterday, virtually every major basketblog linked to this YouTube video, a modification of the trailer for The Dark Knight in which Kobe Bryant plays Batman and Kevin Garnett plays the Joker. The timing of this video seems strange to me because I started working on this Batman-themed post for this site's Diversions section earlier this week. So, here it is: selected NBA teams compared to Batman villains.

The Detroit Pistons are Two-Face 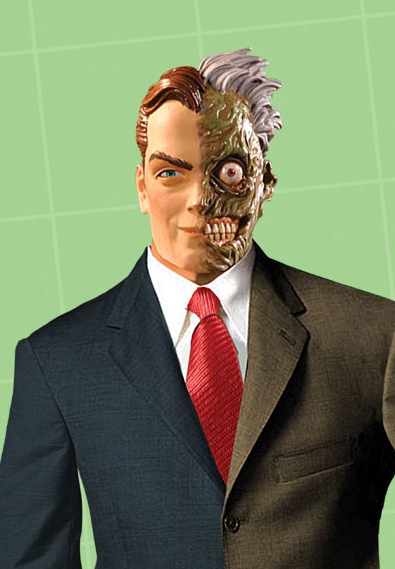 One of comics' most tragic villains, Two-Face was once a celebrated district attorney named Harvey Dent. When crime boss Sal Maroni threw acid on Dent during a trial, it scarred Dent's visage and psyche. Now a man divided between good and evil, and flips his trademark scarred coin to determine how he'll behave. The Pistons have a similar balance in their personalities: they have Chauncey Billups, team captain and winner of the NBA's citizenship award, on the "good" side and Rasheed Wallace, owner of the league's most notorious temper, on the "bad" side (although he does good things, too). And, like Dent, they have two distinct attitudes toward their craft. When they're motivated, they're one of the league's best teams; when not motivated, they lose to the Knicks by nearly 30 points. Their frustrating inconsistency mirrors Two-Face's refusal to seek treatment for himself, despite Bruce Wayne's repeated offers of support.

The Los Angeles Lakers are The Joker 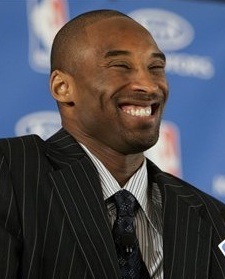 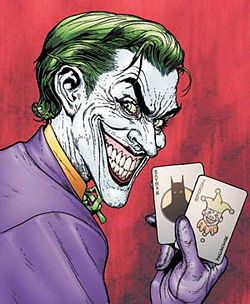 Ignore the fact that the Lakers and the Joker share a favorite color (purple, although the Lakers have a different name for it), and the fact that the silver screen's original Joker sits courtside at Lakers games: the similarities between the Lakers and the Joker are uncanny. Both entities are icons in their respective idioms, the Lakers for their dynasties and the Joker for being so damned entertaining for so long (he first appeared in 1940). Both entities are of the "love to hate" variety. And both entities enjoy toying with their victims before they strike. The Joker kills whomever he wants whenever he feels like it, and does so with glee just as the Lakers (and Kobe Bryant in particular - scroll down to the paragraph that begins with the words, "Consider that Denver") are similarly inclined to relish their kills victories.

And if Kobe Bryant himself is the Joker, then Sasha Vujacic (far right) is Harley Quinn.

The Phoenix Suns are The Penguin 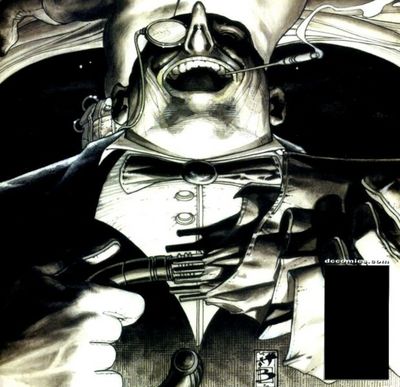 The Suns, before they acquired O'Neal, were one of the league's most entertaining teams because they relied on coach Mike D'Antoni's fast-paced, "Seven Seconds or Less" offense. And, for most of his criminal life, the Penguin employed trademark trickery of his own: weaponized umbrellas and trained birds. When the Suns realized they wouldn't win a title playing that style, they traded their biggest trick (Shawn Marion, a do-it-all forward) for a more traditional player (O'Neal, a low-post center). Similarly, the Penguin abandoned his gadgets when he saw the opportunity to become wealthy a more traditional way: through organized crime. He cast aside his umbrellas and birds and opened the Iceberg Lounge, a "legitimate," high-class nightclub in which he publicly gladhands Gotham City's well-to-do while privately engages in shady dealings with mobsters. 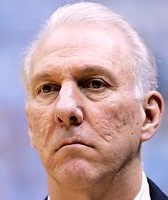 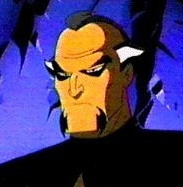 Ra's al Ghul -- whose name translates as "The Demon's Head" -- is arguably Batman's most formidable foe. A master strategist, he managed to kidnap Robin and deduce Batman's secret identity in his first-ever appearance just as the Spurs were immediately successful in winning 56 games during Tim Duncan's first season with them. And, like the Spurs, al Ghul may be misunderstood. He wants what most people want: a clean, healthy planet in which to live, just as the Spurs want only to win a title. But the means al Ghul uses to achieve his end (terrorism, genocide) are certainly villainous, just as the Spurs' tactics (flopping, cheap-shots) are questionable. Additionally, al Ghul is immortal: he has lived for centuries by periodically immersing himself in Lazarus Pits, which are the DC Universe's equivalent to fountains of youth. Similarly, the Spurs have remained competitive for the last decade, having the highest winning percentage of any team in all four major North American sports over that timeframe.