Povtak: Magic Interested in Dorsey and White, Want to Trade for Second-Round Pick

Share All sharing options for: Povtak: Magic Interested in Dorsey and White, Want to Trade for Second-Round Pick 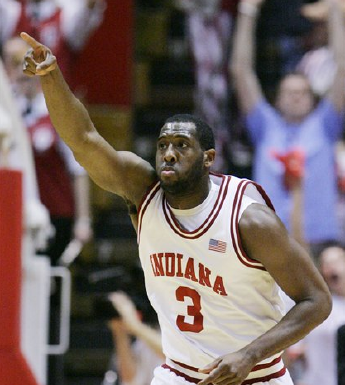 The Magic have their eyes on power forwards D.J. White and Joey Dorsey and have scheduled both players for private, individual workouts next week.

Tim Povtak, reporting live from the NBA's pre-draft camp in Orlando, says the Magic "are thinking seriously about trading for a second-round pick." I have a hunch he's right, as he also says the Magic have shown an interest in drafting power forwards D.J. White and Joey Dorsey. Both those players will probably be available when the Magic draft 22nd, but they'd be too much of a reach. The Magic may instead look to take a shooting guard (Brandon Rush, Chris Douglas-Roberts, or Chase Budinger) with that pick and then use their (hypothetical) second-round pick on a power forward. Sounds like a solid plan to me, as it gives the Magic young talent at their two weakest positions. From whom the Magic would obtain that pick remains to be seen.

I hope the Magic find a way to snag White, personally. I know nothing about his game outside of what DraftExpress tells me, but the fact that the Pistons have promised to draft him (HT: DBB)makes him appealing. They got Rodney Stuckey with our draft choice last year; maybe we can return the favor...?