Share All sharing options for: Detroit Pistons 91, Orlando Magic 86: The Morning After 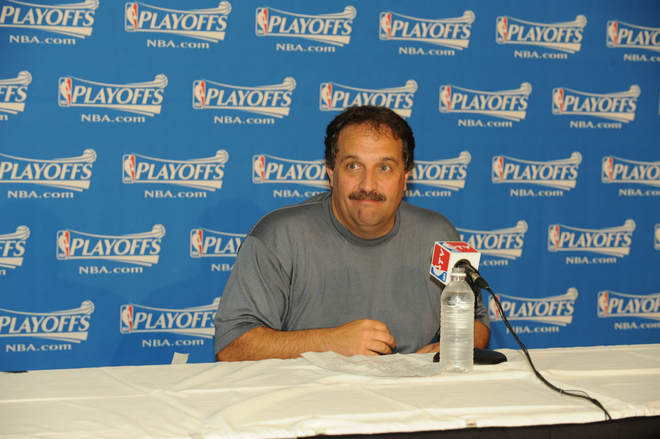 Orlando Magic coach Stan Van Gundy takes questions at the press conference following his team's elimination from the playoffs at the hands of the Detroit Pistons last night.

Okay, so a ton of links later, where do we stand? On shaky ground. Any respect we earned in the regular season -- and there wasn't much of it -- is gone now. But we have all offseason to worry about that. 3QC isn't going anywhere. Stay tuned for posts recapping the season, evaluating players' performance, discussing the draft and free-agency period, and so on.