Another Theory on That No-Call

Share All sharing options for: Another Theory on That No-Call

Looks like we have an (unofficial) explanation regarding the no-call that I got a bit huffy over earlier today. Read that post first, if you haven't already, then continue with this one.

LawyerBoy at Detroit Bad Boys suggests that Callahan was going to signal a charging foul on Hedo Turkoglu, but when he saw the shot rim-out, he decided there wouldn't be any point in calling the foul because all it'd do is prolong the game, which had been decided. Watch the video again and you'll see what he means.

After the jump, and by a Pistons fan's request, I take a frame-by-frame look at a no-call earlier in the game that benefitted the Magic.

Here's Jason, a regular commenter at Detroit Bad Boys, asking me to highlight what should have been an offensive foul on Keyon Dooling:

Look at 1:16 -1:19 mark and you’ll see in crystal clear view, the offensive foul that was a no call which led to the 4 on 5 - 3 pointer from Turkey-doo. Freeze frame that one for objectivity...

So, in the interest of objectivity, here's a no-call that went the Magic's way, and got them three points. 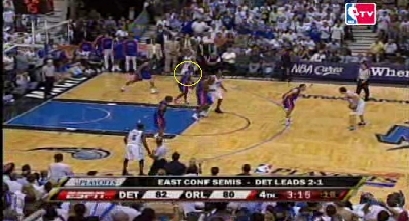 Fig. 1: The beginning of the play. Hedo Turkoglu (with the ball) is isolated against Tayshaun Prince about eleven feet above the foul line. (Sound familiar?) Note the circled defender, who may or may not be Lindsey Hunter, floating around the weak-side. 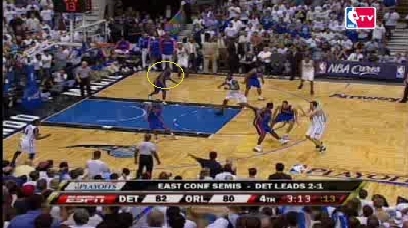 Fig. 2: As the play continues to develop, Hunter moves toward the lane as Hedo dribbles left and dishes to Keyon Dooling in the left corner. 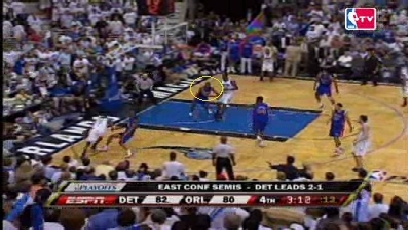 Fig. 3: Dooling drives baseline past his defender. Hunter sees what's about to happen... 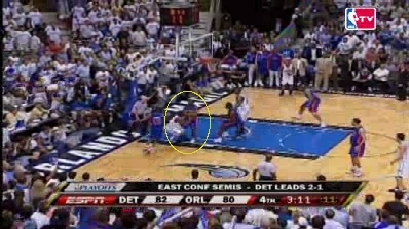 Fig. 4: As he and Hunter collide -- with Hunter noticeably outside the restricted area -- Dooling elevates and fires a pass to the outside... 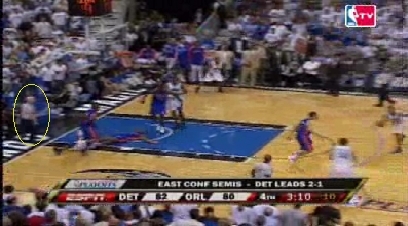 Fig. 5: ... Rashard Lewis takes the pass and immediately swings it to Hedo Turkoglu on the left wing. The baseline official, Joe Crawford, does not signal for a foul. Neither do any of the other officials. 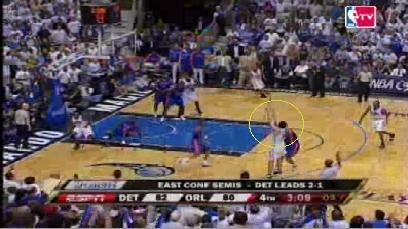 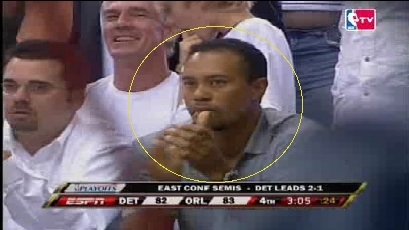