Share All sharing options for: "En Fuego" Does Not Begin to Describe Jameer Nelson's Third-Quarter Shooting This Week 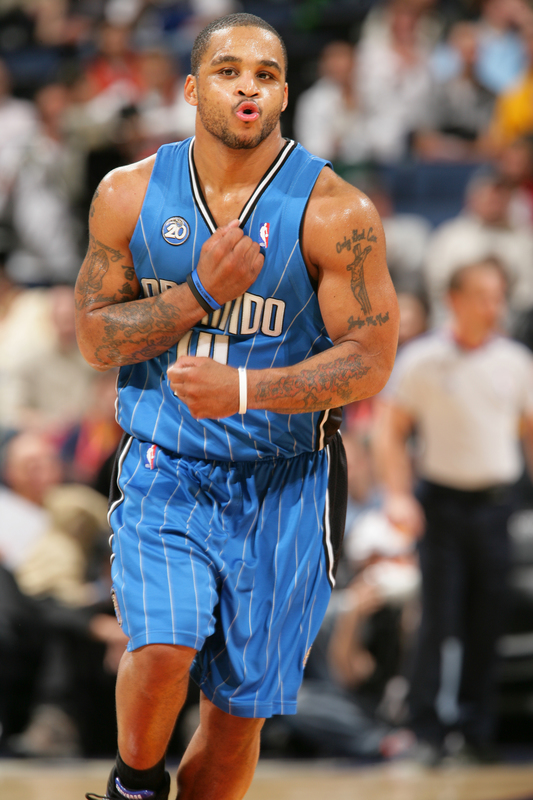 Orlando Magic guard Jameer Nelson pounds his chest after making a basket in the Magic's game against the Golden State Warriors on December 15th, 2008

Jameer Nelson's new nickname should be Mister Third Quarter, as the data in the table below suggest:

And no, it doesn't matter a bit. He's getting buckets and the Magic are getting wins. Not a coincidence, that.