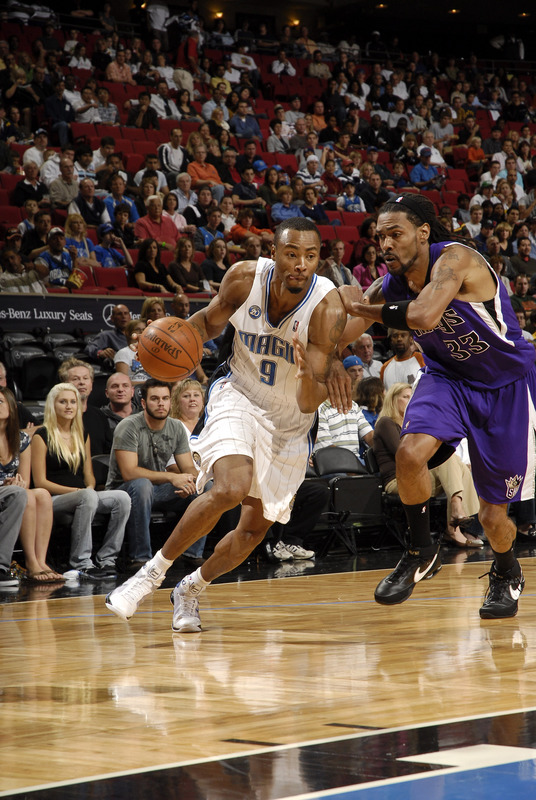 The Orlando Magic yielded 31 points to star Sacramento Kings shooting guard Kevin Martin, but it didn't matter much; they outscored the Kings in each period, held a commanding 40-28 edge on the boards, and kept their turnovers low en route to a convincing 121-103 victory. Rashard Lewis scored 12 of his 26 points in the final frame to help put the Kings away. Here's the boxscore.

Plenty of encouraging things in this game for Orlando, which placed all its starters in double-figure scoring, and four of them over 20 points. Its frontcourt combined for 24 rebounds to just 8 for that of Sacramento. But best of all, it was a total team effort that won the game. The Magic didn't have to lean on any one player because, really, most of them had it going on. We got to see the "good" Mickael Pietrus tonight, as he scored 20 points on 9 shots--going 7-for-7 from the foul line helped--grabbed 4 rebounds and only committed 1 turnover. If he cuts down on the fouls--4 in 31 minutes is probably 1 too many, and 5 in 17 minutes against Memphis was downright pitiful--he'll keep this team in plenty of games, though it's certainly disconcerting that Martin popped off for 31 points against him tonight.

Still, there's cause for concern. Jameer Nelson finally found the range, going 4-of-9 from the field and 2-of-4 from beyond the arc, but finished with only 5 assists to 2 turnovers. The bench didn't contribute much, save for Keith Bogans' unexpected 6 rebounds. And J.J. Redick went scoreless in 9 minutes, missing all 3 of his shots; the third-year guard who played well enough in the exhibition season to convince the team to pick up his fourth-year contract option and to convince his coach to make him the first guard off the bench has yet to connect from the field in any game so far. Further, the Magic's shots won't drop at a 55% clip every night, in which case it'll be hard for them to win when letting their opponents shoot 52.7% from the field.

Still, the Magic were fortunate enough to earn their first win of the season tonight, and for that I cannot berate them. The same sort of effort should lead to a victory Monday night against Chicago.

Finally: Dwight Howard posted 29 points on 14 shots, 14 rebounds, and 5 blocks while only turning the ball over once in 40 minutes. If this team is able to rattle off some wins here, he should get some early-season M.V.P. buzz. But for him to win the actual award at the end of the year, the Magic will probably need to win more than 60 games, which is unlikely.