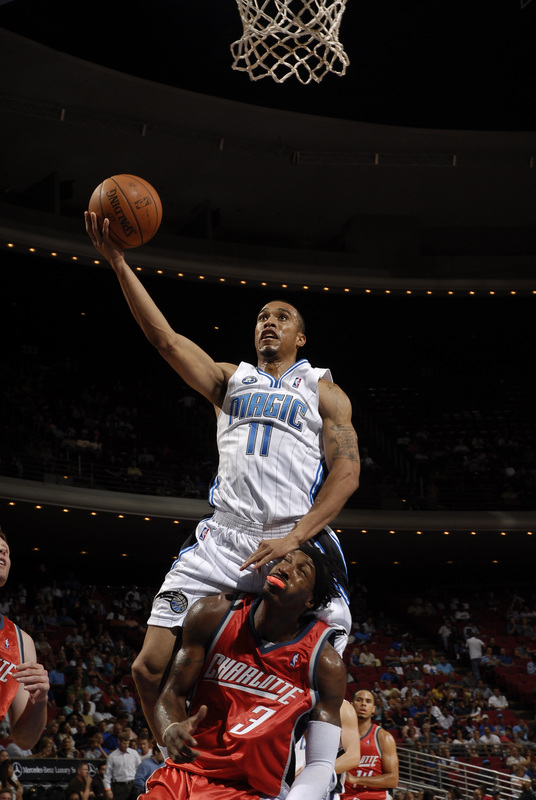 The Orlando Magic beat the Charlotte Bobcats, 118-80, on Wednesday night. The Magic held a 40-9 lead after the first quarter, in which the Bobcats shot 3-of-21 from the field and committed 6 turnovers.

I'm not sure what else there is to say, other than...

The Magic clearly need to do a better job of handling their business on the defensive boards. At least they cleaned up their own garbage tonight; the 30.0% figure is roughly two-and-a-half times better than the 12.1% one they posted Monday night.

The preseason continues for the boys in blue-and-white this Friday when they face CSKA Moscow.