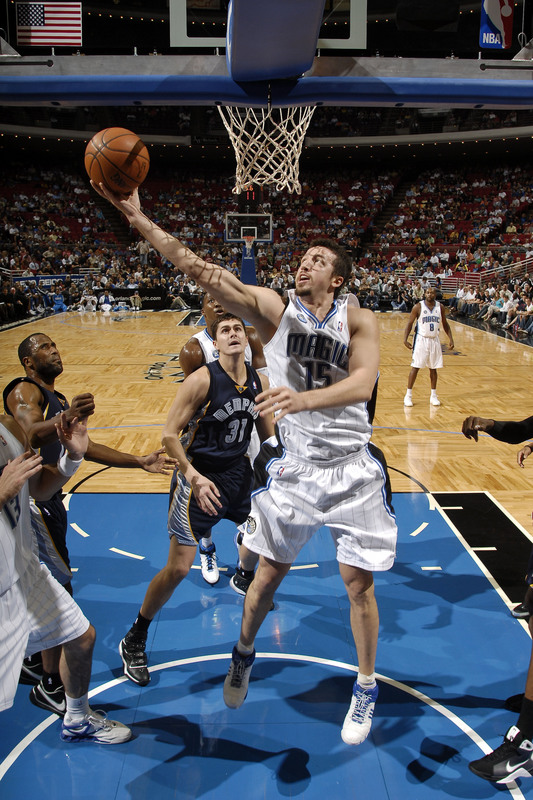 Hedo Turkoglu, who returned to the lineup after missing two games with a groin injury, scored 22 points in the Orlando Magic's 101-90 victory over the Memphis Grizzlies.

The Orlando Magic won their sixth straight preseason game Wednesday night by defeating the Memphis Grizzlies, 101-90. They got 22 points each from forwards Rashard Lewis and Hedo Turkoglu, as well as 15 points from reserve guard J.J. Redick, who cemented a spot in coach Stan Van Gundy's rotation with his overall excellent preseason play.

But it's a hollow victory for Orlando, in a way. Van Gundy upbraided his team for its lackadaisical attitude, prompting both the Magic's regular beat writers to say, in separate recaps, that the famously grumpy Van Gundy was "in midseason form."

The boxscore sheds light on why Stan was so unhappy. Turkoglu and Dwight Howard combined for 11 of Orlando's 18 turnovers; Howard, Lewis, and reserve center Marcin Gortat all fouled out; and the Grizzlies were able to come back from a lopsided, 16-point first-quarter deficit to make the final score look respectable. It strikes me that the Magic will have trouble winning the games that count if they play with this attitude each night.

The Four Factors also reflect Orlando's apparent laziness. They fouled the Grizzlies at an alarming rate, rebounded at a below-average rate offensively, and committed far too many turnovers.

The Magic have six days until opening the regular season against Atlanta.